What should L&D teams be using instead of learning styles?

Are you a visual learner or an aural learner? Perhaps, you learn best by doing. Well, according to several studies, the answer may be ‘none of the above’. This revelation may surprise those who grew up believing they had a particular learning style. However, the science is unequivocal.

As we discussed in our previous article, an overwhelming body of evidence from leading neuroscientists and education professionals proves that learning styles are a myth. Still, not everyone is convinced. After publishing our article, we put the question out to you in a poll on LinkedIn, with a resounding 76% of respondents saying that learning styles are valid, compared to just 24% who believe they are a myth.

So, we’ve decided to delve deeper into the topic by posing the question: if not learning styles, then what? What should L&D teams be using instead of learning styles? With this in mind, we’ll analyse four alternatives to learning styles, including task-based design, multiple intelligences theory, learning techniques, and switching between learning styles.

Before we get started, check out the first article in this series on whether learning styles are a myth or valid for a quick refresher.

Firstly, it’s worth pointing out that there are as many different learning theories as stars in the sky. Accordingly, this is not an exhaustive list, but rather, four alternatives to learning styles that we believe stand out.

For more insights on other alternatives to learning styles, see our articles on sticky learning, learning in the flow, productivity hacks, and how technology has changed the way we learn.

Typically, this class would involve a kinesthetic element (practising parallel parking) along with visual and aural instructions, such as explanations, diagrams, videos, lectures, and more. Tasks such as these, which involve multiple steps and encompass several learning styles, are where prescriptive learning styles are insufficient.

As Training Industry explains: “no competent teacher would say to a ‘visual learner’ that all they have to do in order to succeed at parallel parking is to watch an expert performance of the task and they are good to go.” Likewise, you wouldn’t assume that verbal instructions are sufficient for ‘aural learners’ to parallel park competently.

Training Industry offers a helpful step-by-step guide to implementing task-based design, saying, “we should be guided not by the myth of learning styles, but by the reality of how the task will be performed in the live environment. Our goal as designers is to create meaningful practice that closely simulates the live performance of the task as much as possible. If the task is complex, we break the learning into progressive steps that allow learners to acquire the skills gradually until they can complete the whole task.”

As Very Well Mind explains, Gardner's theory better captures the full spectrum of talents, knowledge, and abilities that people possess. They elaborate, adding, “Gardner theorises that people do not have just an intellectual capacity, but have many kinds of intelligence…while a person might be particularly strong in a specific area…he or she most likely possesses a range of abilities.”

Thus, while learning styles are prescriptive (i.e. everyone has one specific way that they learn best), many researchers believe that multiple intelligences theory better accounts for the varied, non-linear way that humans actually learn.

Finally, Gardner has outlined several evidence-based dos and don’ts for incorporating multiple intelligences theory into the classroom or office.

According to Gardner, you should give learners multiple ways to access information, individualise lessons, and incorporate the arts into your lessons. On the other hand, he advises against labelling students with a particular type of intelligence, conflating multiple intelligences theory with learning styles, and trying to match a lesson to a student’s perceived learning style.

As Gardner says: “This notion [learning styles] is incoherent…drop the term styles. It will confuse others, and it won't help either you or your students…When one has a thorough understanding of a topic, one can typically think of it in several ways.”

While learning styles have been debunked, the general idea of visual, aural, and kinesthetic learning still has merit when applied in a less prescriptive manner. As such, it's worth reframing learning styles as ‘learning techniques.’

Much of the criticism of learning styles centres around them being too prescriptive. For instance, ‘I’m a visual learner and can only learn with visual stimulus.’ Learning techniques redress this issue, offering far more flexibility than learning styles.

Ransom Patterson explains in a recent article that “while ‘learning styles’ sounds like something that you either have or don’t, learning techniques are much more like a box of tools that you can draw from (and combine) to fit the particular learning challenge.” Examples of learning techniques include reading, writing, observing, doing, listening, and more.

Effectively, while learning styles posits that you have one set, unchangeable learning style, learning techniques help learners build a variety of different strategies that they can apply to suit any unique situation.

Or, as a recent study published by Educational Psychologist puts it: “a learning style that might be desirable in one situation might be undesirable in another situation due to the multifaceted nature of complex skills.”

Therefore, we should encourage learners to explore multiple learning styles and techniques, keeping each option in their back pocket to deploy when the situation calls for it.

Finally, a study by Daniel Willingham takes the idea of learning techniques a step further, arguing that people should switch between learning styles freely rather than following one rigidly prescribed learning style.

In fact, researchers concluded that “the ‘style’ part of learning styles is best leveraged as a tool, not an inherent ability. Optimal learning occurs when we use visual, verbal, auditory, or kinesthetic learning as a complement to the task at hand.”

Willingham adds: “even if you’re a verbaliser, if you’re trying to remember sentences, it doesn’t make sense for me to tell you to verbalise (for example, by repeating sentences to yourself) because visualising (for example, by creating a visual mental image) will make the task that much easier. Making the task more difficult is not a good strategy for motivation.”

Given this, we should not pigeonhole learners into using only one specific learning style. Instead, they should be encouraged to switch between various learning styles, matching them freely to suit the task at hand. 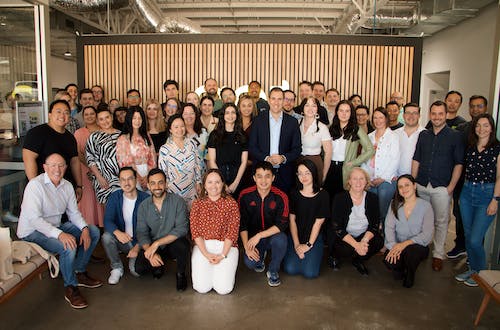