VR and AR are about to become huge. What are the opportunities?

Tech companies are clamouring to invest in and launch their own virtual and augmented reality solutions. So, what are the opportunities for VR and AR in the workplace?

Facebook has acquired Oculus. Microsoft offers what it terms as a ‘mixed-reality offering’ with HoloLens. And Google has invested heavily into a company called Magic Leap (which is yet to publicly launch its product). Each company has placed multi-billion dollar bets in the VR and AR space. 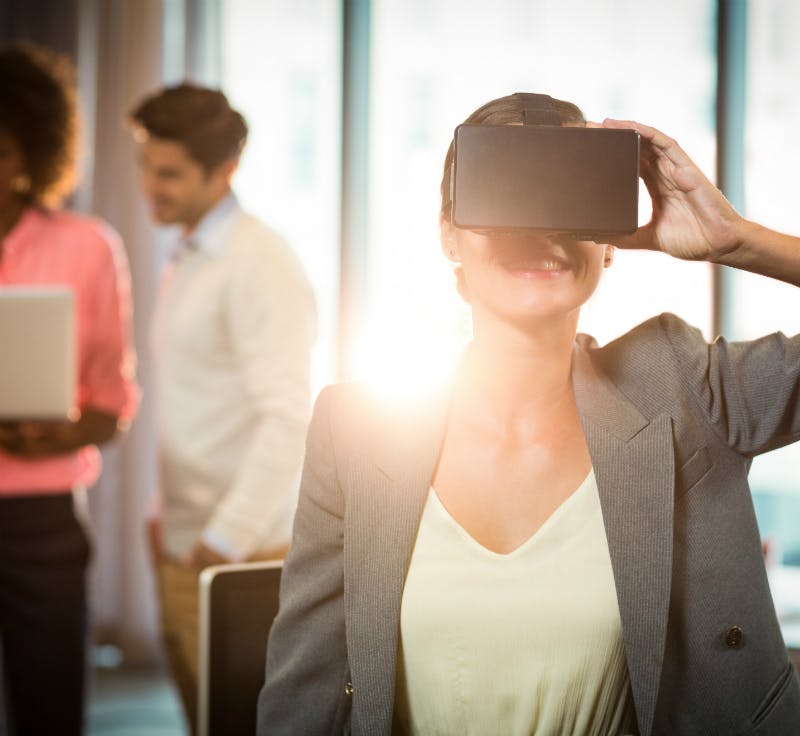 Obviously, these titans of industry believe that one day soon virtual reality will move from being a gimmick to something mainstream.

They’re not alone. Technology research firm Gartner picked virtual and augmented reality as a key trend for 2017, and recommends that “enterprises should look for targeted applications of VR and AR through 2020.” And in February 2017, IT and tech consultancy IDC predicted that 60 per cent of Australia’s top 500 consumer-facing companies will experiment with AR or VR in their marketing efforts this year as part of an “immersive interface”.

Whether this occurs in a year, or five years is debatable. But, when virtual and augmented reality do arrive they are going to bring new opportunities for the workplace too.

Exactly what the applications will be depends on the type of technology.

Virtual reality (VR) offers complete immersion, where a computer-generated scene replaces what we would normally see and hear.

The immersive experience offered by VR suits applications where you want to experience an environment fully. Virtual reality remote meetings could allow participants to be fully present, rather than just dialling in on their webcam.

This technology also works well by allowing us to visualise and experience activities that might be otherwise expensive or risky to undertake. For example, I recently took my grandfather shark diving from the safety of his couch – it was immersive in a way that TV could never replicate.

Ultimately VR could take telecommuting to a whole new level, with all interactions taking place in a virtual environment.

Augmented reality (AR) on the other hand, acts as a new layer on top of our normal environment. By wearing glasses, AR can project new elements into what we see.

For example, a wall could be replaced with an interactive display of your calendar or a Skype video call might hover mid-air in front of you.

The ability to project new information onto our existing surroundings means AR may win against VR in the race for primacy in the workplace.

What are tech companies saying?

The major tech companies are betting that AR and VR solutions will be the next paradigm shift for interfaces. We have moved from desktop computers to mobile phones – and now to technology which can, increasingly, blend into the background.

From a business perspective, this is paradigm shift can’t be ignored. Mobile banking is now taken for granted, but just five years ago it was a novelty.

There will be many examples of technology that may appear to be a novelty today, but will quickly become a standard part of how we interact. Therefore, it’s more important than ever to keep abreast of the developments in new technologies such as VR and AR – and to consider the implications to your industry.

This article was originally published by HR Magazine