Mulen Berimbun: Why I’m a passionate volunteer for my community

I started volunteering actively around 2006. Since then, I have been involved in numerous charity works, independently and by organization.

My first experience as a volunteer in FESPIC Games 2006, where I was trained to handle disabled athletes. From there, I’ve grown a passion in helping others, which in turn led me to volunteer as street feeder on my weekends. While volunteering to feed the homeless, I’ve learned a lot of things and it makes me want to contribute more to the society. I realized that I could never make enough money to help everyone but I will make it a point to help whenever I can.

Upon my graduation, I spent my time teaching the aboriginal children and adults who are trapped in the aggressive development. They are illiterate but forced to live in middle of the city where the world revolves around money. I could not even bear to think how their future will turn out, it’s heartbreaking.

Once I started helping out, I volunteered to organize and participate in more charity programs through the company whenever I could get involved. These included blood donation campaigns, charity dinners and many more.

One of the craziest thing that I did on my own initiative was to set myself a goal to get 10 people to pledge as an organ donor in order to save 40 lives. To my surprise, it was actually not that hard to reach that number, and I realized that there are good people everywhere.

After this life got real for me and I got trapped in the 9-5 job for a while, but in 2014 I managed to find Epic Homes. Epic Homes operates a program that focuses primarily on building house for the indigenous, and the needy.

My journey with Epic Homes started as I worked on building a house for an indigenous family of 16. You can watch the video of my first build below.

This project was a very tough build where I had to dig 6 feet deep holes for the foundation of the house with only a hoe, shovel, and my energy. When I started as a builder, everything was done manually. There were no fancy gadgets or tool available to us to speed up the process. Starting your day before sunrise, and finishing up at the dorm after sunset- It was pure hard work. When I see the smiles on the faces of the families that I’ve been able to help, it’s worth every drop of sweat though, and the satisfaction that I got was way more than what I gave.

Since then, I try to squeeze in more builds whenever I can. I’m addicted to it!

You can see one of my more recent builds below, it was amazing!

People are constantly asking me ‘why do you want to help others when you don’t even have much yourself?’ I am not surprised at all. Kindness has been taken over by greed up to the point where people are suspicious when you try to help them without asking for anything in return. I volunteer simply because I understand the power of a little help.

I was born in the heart of Borneo Island, specifically in a very small (less than 100 family) and remote village. It is so remote that we didn't have electricity until year 2000. A little help from many people in my life created a bridge for me that eventually get me to where I am today. I’ve worked in more than 10 countries and been to places where I never even dreamed that I would go.

If I could pass on one message to the world (from a person who has lived on both sides of civilization), it would be:

When she’s not out helping her community, Len is a Customer Success Manager and Go1, and her blood type is type coffee. When she is in her cave, she spends most of her time reading books, listening to indie/jazz music, plays with her guitar and sings sad melancholy songs – according to her friends.

When Len is outside of her cave, she can be found in the woods. Camping, hiking and all things adrenaline is totally her kind of activities. Though she reads cheesy poems, she does jump off the cliffs, waterfalls and bridges for fun. I guess, after all she is still the girl from the Land of The Head Hunters and the wild blood of the clan is still running in her. 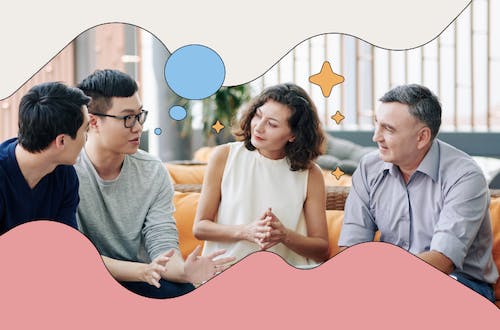