Microsoft Excel 2019 – what to expect

For devotees of Microsoft Office, it is almost time for our triennial event: the unveiling of new versions of Excel, Word, Outlook, PowerPoint, and the rest of our “can’t work without ‘em” office apps.

Except…this year is different.  In 2007, 2010, 2013, and 2016 we watched as the folks in Redmond released the new version of Microsoft Office, and, depending on your level of enthusiasm for the new features, we either rushed out to upgrade or decided to wait another three years.  What makes Office 2019 different is two things:

You see, back in 2015 Microsoft decided to be more like popular cloud-based apps such as Salesforce or Google Apps by updating their apps on a more regular basis.  For Windows 10 this meant monthly security updates and semi-annual feature updates.  For Microsoft Office, this meant that they would push hard to encourage people to use their subscription-based Office 365 product, and that they would reward their Office 365 customers with monthly updates.

So when Excel 2016 for example was officially released in September 2015, it was just the first version that Office 365 subscribers would see.  Since then there have been 30 updates (almost but not quite monthly), which have added new features.  Some of the updates were small and unnoticed by most people.  Some were only useful to power users or people with touch screens.  A few were more broadly valuable, including improved abilities to share and co-edit spreadsheets, or the ability to add 3D models and SVG graphics.

If, however, you do not get your Office through Office 365, then your version of Excel 2016 is that same version that was released three years ago, without any of the intervening feature updates.

In October Microsoft is expected to officially take the latest versions of Excel, Word, PowerPoint, Outlook, and Access, along with all the feature updates that Office 365 users have already received, and call it Office 2019.  So if you are an Office 365 user, you’ll see very little difference.

If you are NOT an Office 365 user, and your organization does plan to move from the “traditional” version of Excel 2016 to 2019, here are some of the new features you can look out for:

Overall there is no big “wow” feature added to Excel this time, just lots of smaller but solid new tools and features that help to improve the world’s most popular number-crunching app.

For an overview of how to use all the new features found in Excel 2019, check out the “What’s New in Excel 2019” training course from Bigger Brains, available now in Go1 Premium. Contact Go1 today to get started!

Chip Reaves is the founder of Bigger Brains, an award-winning eLearning company, and has been an IT consultant for 30+ years. Formerly the founder of the worldwide Computer Troubleshooters franchise, Chip has been named one of the top 150 most influential people in small business IT and is a frequent speaker and contributor on Office 365 and Microsoft topics. 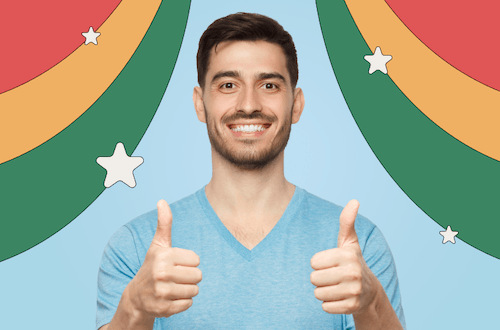 BlogTips for creating a stress-free eLearning environment
In order to learn in the best way possible, creating an environment that allows for focus and concentration is essential. Find out more with the experts at Go1.
View blogs

Blog
Tips for creating a stress-free eLearning environment
In order to learn in the best way possible, creating an environment that allows for focus and concentration is essential. Find out more with the experts at Go1.
View blogs