Great leaders speak on how to address and overcome difficulty 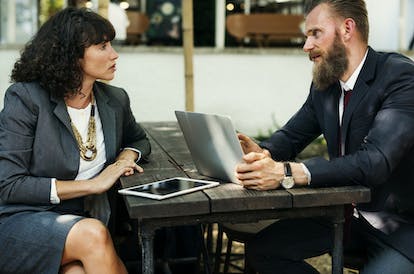 Even when Einstein began to emerge as a scientist he made some key errors that could have caused many other people to give up, but not Einstein. His determination and tenacity to prove to people that he was right eventually came through and his theory of relativity and other work is now a cornerstone of modern physics.

I never worry about action, but only inaction. – Winston Churchill.

The decision made by Winston Churchill to challenge Hitler which led to Britain going to war with Germany in WWII was perhaps one of the most difficult decisions that any leader is likely to face. Still, Winston Churchill made the decision and not only did he make it, he did so with conviction.

Mistakes happen and even the greatest leaders are not infallible. When something does go wrong, and regardless of who is at fault, one sign of a great leader is to learn from the mistake and use it as a valuable lesson to help ensure similar mistakes are not made again in the future. A great leader might even recognize that making mistakes can be considered to be a positive because it gives the opportunity to learn something valuable.

If the chips are down and there are problems that need to be solved then a great leader will know how to delegate certain tasks to certain people that are best suited to get the job done. In the right circumstances, it might even be best to appoint certain people to a supervisory role so that they can pass on their knowledge and experience to help get the job done. Delegating correctly helps to increase man-hour efficiency as it helps to make sure that people are doing the roles that suit them best. It also helps to make sure that all resources at their disposal are put to their best use.

Any team is likely to have some people that have something positive to contribute so in addition to delegating, it can also be very important to listen to what others have to say. Any one of your team could have a solution that will make and difficult task easier to overcome.

Another great aspect of remaining composed is that when others see that the person in charge is calm, it is likely to help them to keep calm also. With a composed leader and a calm team behind them, productivity is likely to remain high, helping problems to be overcome.

One of the most valuable resources available to any leader is the manpower at their disposal, and a great leader will know how to get the best from those that are following them. When things are challenging it is easy for some people to begin to doubt themselves and a great leader will be able to offer them encouragement to help them perform to their best. With a team that is working at their best difficult circumstances can be tackled much more effectively.